Women go through life feeling vulnerable to attack, but my boxing training taught me that it's possible to live without fear 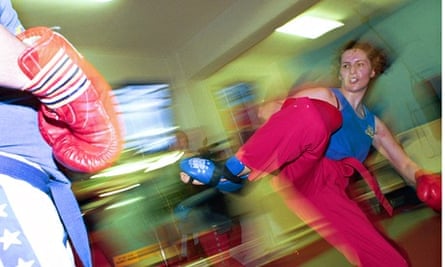 Just over a month ago I was confronted with a situation that strikes fear into pretty much everyone: in the early hours of the morning, I discovered an intruder inside my house.

The moment I saw him, time slowed down, Matrix-like. My sense of hearing felt almost bionic as I strained to hear if there was anyone else in the house. Detecting no one and realising it was just the two of us, I snapped into fast forward. A primal, violent feeling surged through me; everything around me disappeared except for this man. I roared, and rushed six feet forwards, pounding my fist into his face. I felt no pain, nothing. The adrenaline coursing through me sharpened my vision – I could see individual grey hairs on the side of his head, but I can't remember if I punched him more than once. In fact, after that first punch, I became so overwhelmed by the adrenaline that I hardly remember chasing him out.

I immediately phoned 999, but the only bit of the conversation I remember was telling them about the grey hair on the sides of his head. I don't remember asking for the police; I don't remember giving my address; I don't remember what I told them about what happened. I do remember nearly hyperventilating and running around my house, up and down the stairs, in and out of every room while I was on the phone. I obviously gave an accurate description of the intruder, because they spotted him on CCTV and the cops swept in and picked him up. It took a good hour for the effects of the adrenaline to wear off.

The first thing I need to make clear is that I wasn't fearless. What I felt was as close to pure terror as I ever want to get. But because I've spent two to three hours a week over the past three years doing boxing training, throwing a punch was totally natural for me. I was able to do it without thinking.

Much has been made of the fact that I punched the intruder. Admittedly, it does make me seem pretty, as my teenage son says, "badass", but the only reason I did that is because I was prepared.

Until I started boxing training, I was like many women and thought the aim of exercise was to lose weight. Women are imbued with the idea that we should be thin and take up as little space as possible. We should have skinny arms, thigh gaps, be tiny, weak, delicate little flowers. Boxing training, however, has made me love being strong and I now have no desire to be skinny at all. I want muscles.

Having spent most of my life feeling vulnerable to being attacked by a man, I now feel a great sense of freedom. Being strong and knowing how to punch has brought me something I wish every woman could feel: for the first time in my life I feel like a full human being. I am not a victim. I am not afraid. I am not trying to take up as little space as possible. I am not trying to keep my head down. I'm not trying to stay out of the way. I have a strong voice, a confident gait and, frankly, very sexy, strong arms. I know I have an absolute right to be wherever I am without threat and I can defend that right physically if I need to.

All women should take some sort of self-defence training. Yes, of course, it would be nice to live in a world where women weren't assaulted and where there was no chance of waking at 5am to find a strange man in your house. But until that day, it makes sense to learn how to handle yourself in threatening situations. Self-defence training teaches not only practical skills on how to strike an attacker, but awareness, assertiveness and how to enforce your boundaries. Most importantly, it will teach you something far more valuable: it is possible to live without the fog of fear. 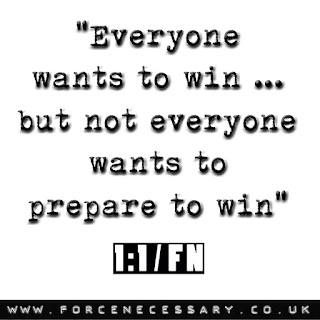